Hundreds of displaced people from the condemned Superior Creek Lodge crammed into the gym at East Ridge United Methodist Church on Monday seeking help to find food and shelter.

Social services along with area churches are doing their best to help them find basics. “We have a refugee problem in East Ridge and it’s man-made,” said ERUMC Pastor Ken Sauer said. “The city should have told the churches and the social services agencies that this was going to occur.”

“This is a one-day shot unless we believe we need to continue,” Sauer said. We’ve probably had between 300 and 500 people here today. Some of the people are in hotels outside the city and they have a problem getting here.

“We’re flying by the seat of our pants trying to do what God wants us to do,” he said. Organizations including the Salvation Army, United Way, Metropolitan Ministries, Relevant Hope and Hamilton County Schools had staff at tables inside the gym to attempt to deal with the needs of those displaced.

Late last week, the City of East Ridge condemned Superior Creek Lodge, citing “life safety” issues. City officials considered four buildings which comprise almost 300 units to be structurally deficient. The Chief Building Inspector said last week that some of the walkways on upper floors were in danger of collapsing under its own weight. Therefore, for the safety of the residents, city officials ordered them out on very short order.

“Are there any city officials who have asked to help,” one man, who did not want to give his name, asked Pastor Sauer.

People milled in and out of the gym, some corralling young children, others hauling small bags to their cars. Some of the displaced who were looking for work were getting tips from other folks on where to apply for a job.

“I’m just trying to figure out how to provide for my family,” said one man who did not want to be identified. “

James Julian, Pastor of Spring Creek Road Baptist Church, was manning a table with some of his congregation outside of the Methodist Church’s gym.

“We along with other churches have come forward to put up families for a couple months,” Pastor Julian said. 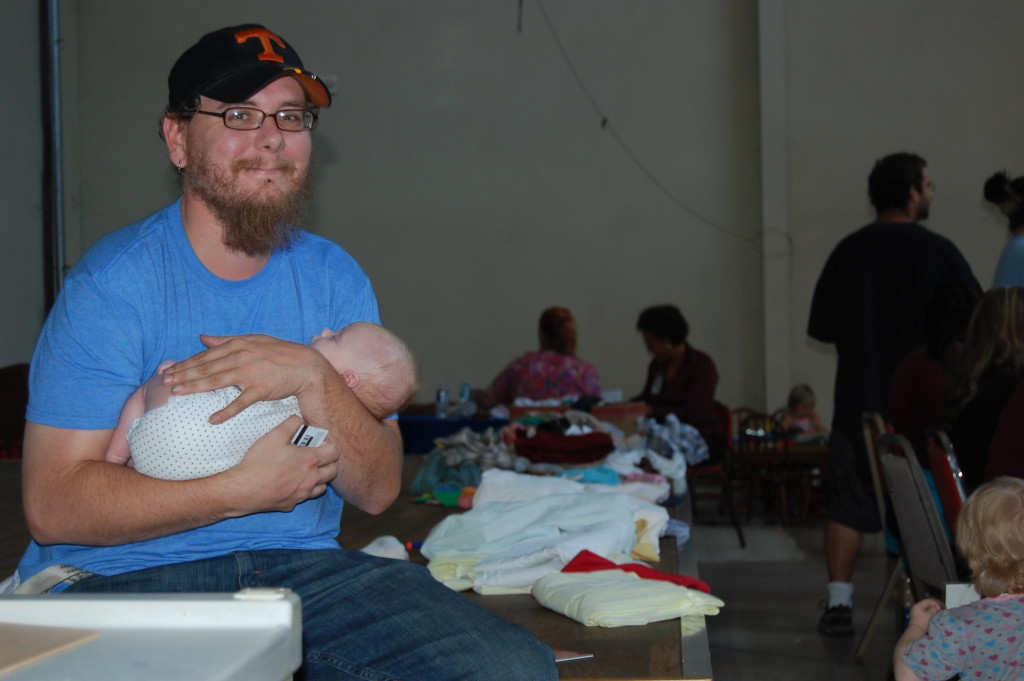 Mike Blevins said that his Sunday School Class at Jones Memorial United Methodist Church is sponsoring two families for three months. “We are doing what we can,” Blevins said.

Sauer said that ERUMC had established a relationship with some of the residents at SCL over the last few years. Through a program called East Ridge Cares for Kids, the church has provided after school care and tutoring for some of the kids who lived there. He said the church put up several basketball goals in the church’s parking lot for kids to shoot hoops. The program also provided school supplies and coats for the children in the winter time.

“It breaks our hearts,” Pastor Sauer said. “These people are humble. There’s been no fighting. They are an example to the rest of us on how we should behave. They are loving, caring people. They are being thrown to the dogs.”

Pastor Sauer encourages anyone who wants to help is welcome to contribute to a fund established by the church to assist in finding shelter for those displaced from SCL. Make your check payable to East Ridge United Methodist Church. In the memo line of the check write in “for Superior Creek Lodge Disaster Fund,” Sauer said. The church’s mailing address is 1601 Prater Road, East Ridge, 37412.